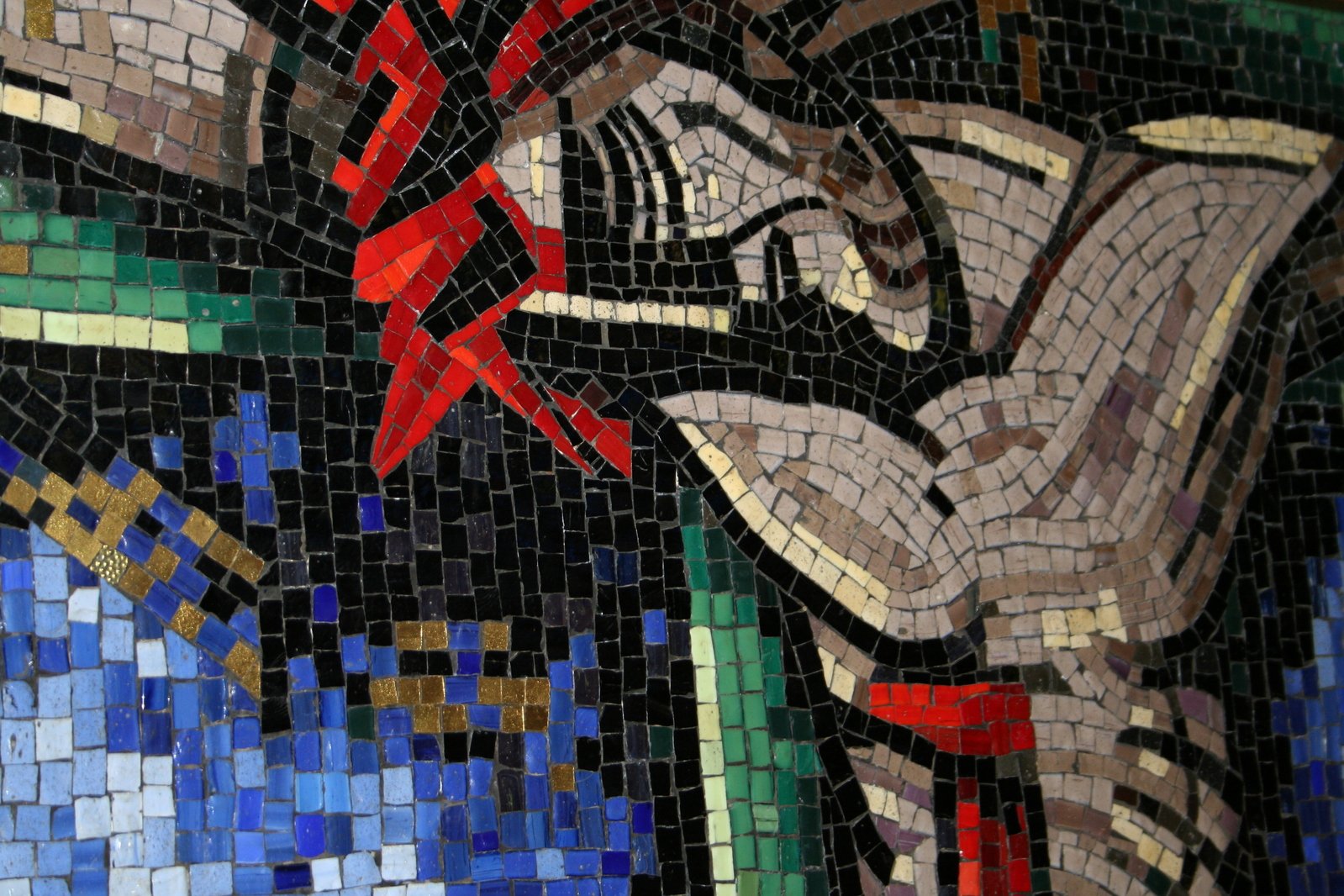 In his 2017 book The Crucifixion of the Warrior God: Volumes 1 and 2, Neo-Anabaptist theologian Greg Boyd seeks to approach the issue of divine violence in the Bible from a perspective that is partly ante-Nicene and partly modern. Because of his stated intent of offering a “cross-centered” interpretation above all else, the view he advocates is termed a “Cruciform” hermeneutic throughout the book.

I’ll get to the benefits as well as the problems with this particular interpretative approach later on. First, though, I’d like to reexamine the exact precedent for Boyd’s argument and his explanation of it.

To begin with, it is important to note that Boyd maintains the factual and historical nature of the Israelite war passages. His clarification, however, is that because of our looking at these events through the cross, we have a fuller revelation that allows us to see what the O.T. authors may not have been capable of seeing.

Boyd emphasizes how all of the religions in Ancient Near Eastern society believed in gods being capable of violence and enactors of it. It followed, then, that people’s worship of them regularly involved ascribing violence to them, and this remained the case even though people themselves knowingly carried out the violence rather than their gods directly. From this, Boyd goes on to suggest that the ancient Hebrews were also directly influenced by this tendency. What this means is that, especially in talking about Yahweh’s judgments, the Israelites’ would often assign violent acts directly to Him, even though various scriptural passages show that Yahweh never actually lifted a finger. This idea of Yahweh sitting out in order to enact judgment, in essence, is Boyd’s understanding of what divine wrath truly means: the removal of God’s protective presence and His allowing sin to run its course (just as He did with the cross).

Because God is not “coercive” (remember, Boyd presupposes open theism and a hands-off view of divine love), Boyd maintains that God is sometimes forced to accept His people as they are. And in doing this, He sometimes has to “accommodate” their ugliness. Boyd maintains that this is why we might see God doing things that appear opposed to His nature (such as commanding total destruction of entire people groups). What He is actually doing, Boyd argues, is allowing external agents to view Him in particular ways so that he can carry out his covenantal purposes.

While the cross involved Jesus directly taking on the sins of His people, Boyd reasons, God is doing something even more profound in the Old Testament warfare passages. He is actually making Himself appear like the other Ancient Near Eastern deities—grotesque and violent—by stooping down to the Israelites’ level, taking on a semblance (“a mask”) imposed by them, and owning it as though this is truly Him. The crucial point is that it was God who allowed the people to put a mask on Him.

Put differently, Boyd maintains that God at times allowed and inspired the writers of the Old Testament to portray Him falsely—namely, as a violent deity that He actually is not—in anticipation of the future arrival of Jesus, who would reveal the true nature of God that is characterized by unconditional love and complete non-violence. One of Boyd’s central conclusions is that God actually allowed various things to be said by the writers of Scripture, particularly things that sounded violent, even though they were not an accurate or complete reflection of His actual person or character.

Crucial Points Where I Depart from Boyd

As I mentioned in my initial post for this topic, I am thankful for Boyd’s insight into the tendency of Yahweh throughout Scripture to permit or even command what He prefers less—or even actually hates—in order to accomplish a particular end. The clearest examples of this in the Old Testament are divorce (compare Deuteronomy 24 and Malachi 2:13-16), the construction of a Temple (1 Chron. 17:4; Acts 7:44-50), polygamous marriage (Compare Genesis 2:24 with Genesis 4:19 and 1 Kings 11:3-4), enslavement, and a physical kingship (1 Samuel 8). Boyd’s appendices are also helpful for me in considering eschatological issues, particularly some of the crucial judgment verses throughout Revelation (Boyd is sympathetic toward preterism/idealism just as I am, and he has recommended books before by Chilton and Gentry).

Boyd, however, fails to point out the crucial distinction between these type of commands and those that were given as part of the eternal moral Law—namely, that such permissions or commands were temporary in nature. I would also maintain that the commands to exterminate the Canaanites were accommodating of the Israelites’ hardness of hearts to a great extent, but in a much different sense than that which Boyd would describe (more to come on this in a future post).

One of Boyd’s greatest qualms against the more classical explanation of divine violence, which is that “God’s ways are not our ways,” is summed up in one argument: Yahweh’s command to commit wholesale slaughter is an objectively non-good one, he argues, so calling it “good” simply because God requires it means we “have absolutely no idea what we mean when we say ‘God is good’ or when we claim that anything God does or commands is ‘good’” (386).

What Boyd continually ignores, however, is the Old Testament’s qualification as to what makes these commands to dispossess and kill those throughout Canaan both good and just: “[I]t is because of the wickedness of these nations that the LORD is dispossessing them before you” (Deut. 9:4). In other words, this is said by Yahweh Himself to be representative of a righteous judgment against wicked people. It is quite telling that Boyd’s response, like the typical response of many looking at these passages, is to first downplay the appropriateness of God’s actions. The tendency here is to first put God on trial rather than looking primarily at the sinfulness of those who were judged.

Throughout both volumes of The Crucifixion of the Warrior God, we also see Greg Boyd going to great lengths to stress the point that scriptural inerrancy is neither being undermined nor denied in his interpretation. But what Boyd doesn’t say—and yet what he is obviously forced to conclude—is this: if we can designate anything in Scripture that is claimed to be spoken directly from God (“Thus saith the Lord…”) as human-originated on the grounds that it goes against our own sense of morality, then we have to admit that there is no longer any intelligible distinction between what we mean by that which is “God-breathed” and that which is merely an expression of flawed, human ideas. Boyd never adequately deals with this issue. One might even be shocked by how he has already re-envisioned the idea of an absolute truthfulness of Scripture to mean that Scripture “never fail[s] to bear witness to the crucified Christ, even when it is by certain standards mistaken.” Where is the biblical warrant for his definition?

Another problem has to do with the nature of God’s “stooping to bear the sin of the Israelites” (928) in Boyd’s mind, since it seems to be a twisting of what it meant for Christ to bear sin on Calvary. It’s one thing to affirm that God the Son suffered the penalty for sin in the place of His people by willingly undergoing death on a cross, and that as a blameless individual. But it’s quite another thing entirely to affirm, as Boyd does, that God consistently misled His people by lying about His true character, allowing people to say that He made commands He never actually did, and essentially participating in sin with His people by endorsing something that was objectively evil (at least so in Boyd’s view). Note how Boyd isn’t saying that God merely allowed Himself to be depicted falsely either; rather, he says that God actively inspired the writers of the biblical canon to do this! And Boyd has the temerity to still see this view as representative of “biblical inerrancy” or even, as he qualifies it, “biblical infallibility.”

For me, the things that Boyd gets wrong far overshadow those things that he gets right. Something else needs to be considered. So, why continue to use Boyd as a guide? It’s simple. Considering Boyd’s work has been helpful for me because it’s both recent and it provides numerous points of interaction with the most troubling issues that still remain with regard to the Divine Violence Passages.

This is why, next time, I’ll be looking further at Boyd’s idea of divine accommodation in these violent conquest narratives. But I’ll be doing so from another angle.