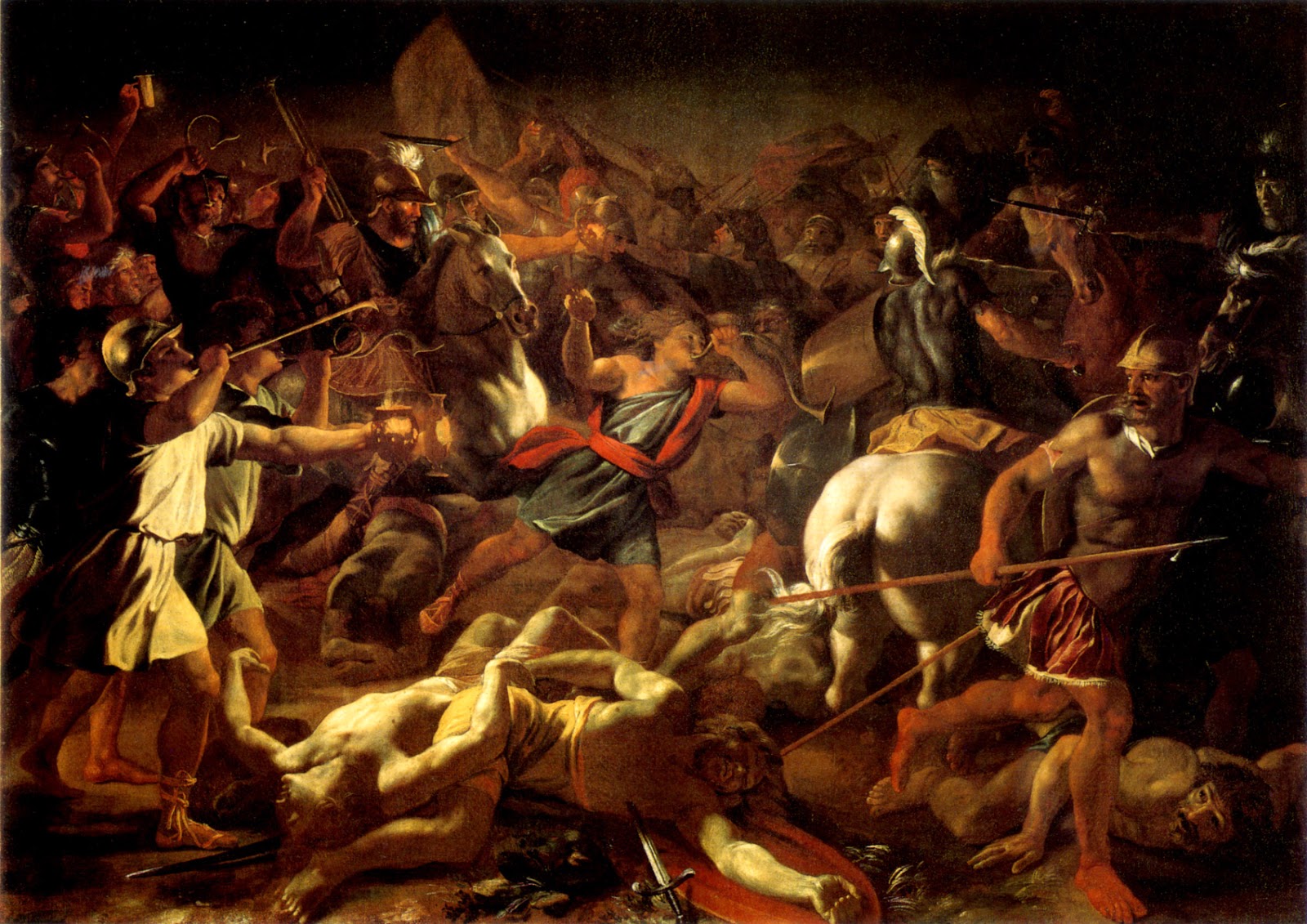 I’ve had at least 15 years to seriously think about the significance and meaning of the various violent pictures of God that are portrayed throughout the Bible, particularly in the Old Testament. That ongoing struggle, along with some recent conversations at a local discussion series on theological issues, has brought me to a place where I feel ready enough to put forward a comprehensive enough response, one that might help in making sense of all this. This next series of posts that I’m undertaking is intended to clarify my focus and outline my positions. At the very least, even if it resolves next to nothing, I would hope that it’s useful and edifying in some capacity.

I simply cannot accept ignorance on this issue (e.g. “That was O.T.; I just follow Jesus, so I don’t need to worry about that stuff”) because, without question, this has to be the laziest and most intellectually dishonest response to the problem. It is unfortunate that so many Christians still defer to it.

Origen’s solution of interpreting all Old Testament passages by bringing Christ into the depths of texts, especially where surface interpretations of negative passages are seemingly “not worthy of God,” has been another useful method for some. And yet, while it is better than outright ignorance or dismissal, it still borders on dismissing the passages, since it ignores the fact that there had to be some actual relevance to ancient Israel apart from our own novel, modern interpretations of the texts.

Neither can I accept the dismissal approach of Eric A. Seibert (see The Violence of Scripture: Overcoming the Old Testament’s Troubling Legacy) since it is so thoroughly secular and pick-and-choose in nature. From my perspective, there is “something else going on…”

Where I Stand: A Brief Overview

Where, then, do I land on this vital issue?

To begin with, I will say that I have sympathies with many of the synthesis approaches to this problem, because—aside from being faithful to the whole of scripture rather than crumbs and morsels—they generally uphold the authority of God’s Law as it has been revealed and afford God the freedom to judge as He wishes. On a related note, synthesis tends to affirm that scripture records God’s words accurately, and that it does so without exception. More than this, it maintains that a sober consideration of God’s love/mercy alongside His justice/wrath is necessary in order to understand the entire revelation of the Bible and the actual being of God.

The problem that remains with all of the synthesis solutions, of course, is one of ethics. For even if the Israelites failed to obey the ḥērem commands (which they did), there is still the lingering question of how or why God can literally command something that is arguably immoral from a basic philosophical standpoint: specifically, the indiscriminate slaughtering of men, women, children, and animals.

I’ve recently engaged with Greg Boyd’s two-volume The Crucifixion of the Warrior God, having read the entire work in a sort of crash immersion. For those who haven’t yet read it, you may find it easier to wait a couple more weeks for the far more condensed version, called Cross Vision.

What I most appreciate about Boyd’s approach in the book is his emphasis on God’s wrath as a type of divine withdrawal rather than direct violence carried out by His own hand. For me, this explanation is rather instructive when it comes to understanding the majority of judgment passages and how we might see God sovereignly working out His plans throughout history, especially through other agents like human individuals, nations, angels, and demons. Boyd’s Cruciform lens has also helped in honing some of my own approaches to this issue in recent months, especially when I’ve considered his explanation of God’s wearing of accommodating “masks” as a condescending show of solidarity with His covenant people. I will seek to unpack the entirety of his argument in my next post, but I will also use his ideas as an impetus for bringing in critique, advancing my own counterarguments, and suggesting different solutions.

Boyd’s theory is certainly not without problems. In the first place, some have already pointed out the matter of Boyd’s utter failure to establish or lay out his own presuppositions and commitments. These include his advocacy of open theism, his dedication to pacifism, and assumed definitions of key terms like love, violence, and non-violence. Boyd also fundamentally ignores the Conquering King aspect of the person of Jesus in His role as Messiah, and it’s obvious that his understanding of this is borne out of his prior commitment to a Christus Victor view of the atonement.

Furthermore, Boyd appears to set a dangerous precedent by suggesting that any time Yahweh appears to order something violent (whether it’s stoning or some other judgment), it should be viewed as something that resulted from a biblical author’s own cultural influence rather than something representative of the “Perfect Law” described and affirmed by both testaments (Psalm 19, 199; 1 Tim. 1:8-11; James 1:22-25). First, it assumes that God can never be violent in either his justice or wrath. Second, it calls biblical authority into serious question, and it does so in a rather insouciant sort of way. Boyd’s avoidance of the only logical conclusion of his arguments is startling. Frankly, if we can’t affirm with certainty that God said something that is clearly directly attributed to Him in scripture, then we can’t affirm anything attributed to God as truly His own. Because if we still do, of course, all that we’re doing is wholly deconstructing the God of the Bible and then reconstructing our own god from the bottom up.

One enormous issue still at hand, in my view, is that Boyd never satisfactorily deals with the New Testament’s own affirmation of the validity of the Law’s violent death penalties (e.g. Christ in Matthew 15:4-5, Paul in Romans 1:28-32) or its praise of the actions of faithful Israelites who invaded Canaan (Heb. 11:30-34). Boyd’s extraordinarily low view of Moses as well, specifically with regard to his being a messenger of God, is difficult to reconcile with Jesus’ affirmation of Moses as a reliable prophetic witness to Himself (John 5:46).

I’ll aim to touch on these and other relevant points in my future posts. Ultimately, my question is this: How should a Christian view the “utter destruction” passages of the Old Testament, and what connection do these passages have with the apparently contrary (peaceful, enemy-loving) message of Christ?